PocketGamer.biz speaks with Kim Soares on forming a new social games studio, disruptive trends, and the return to live events 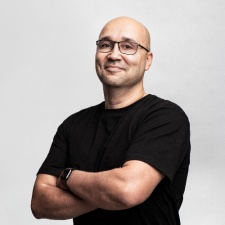 The Finnish games industry has birthed mobile industry powerhouses including Supercell and Rovio. With the announcement of games industry veterans Kim Soares and Mikko Kähärä's new studio, Social First, we spoke with Soares on the drive to make social games and whether we will see Social First added to that list of luminaries.

PocketGamer.biz: Although investor interest in the games industry is at a considerable high, it is always a brave venture to start your own company. What inspired your decision to launch Social First?

Kim Soares: We saw new opportunities in social and cross-platform gaming that we could best make a reality in a new startup; one where we would gather a team of highly skilled industry veterans. We already have a team of 10 people who each, on average, have around 15 years in the industry from companies like Kukouri, Ubisoft, Nitro Games, Paradox, and Housemarque, and on platforms crossing mobile to PC and consoles.

From your experience between mobile and core gaming studios, what lessons can the mobile games industry learn from the console/PC sectors, and vice versa?

In mobile games, the player onboarding and FTUE is something that gets a lot of attention and rightly so. On the other hand, mobile games should not fear having depth and complexity – these are essential in building games with long lifespans.

Some of the most disruptive trends in mobile gaming – blockchain/play-to-earn and the metaverse – have yet to fully crystalise. What potential do you think they will have in social gaming?

We are blockchain curious, that’s for sure. We do believe that NFTs and blockchain gaming are going to disrupt the whole gaming industry in the coming years. That being said, the gaming community is not ready for blockchain gaming yet – hell, I’m not ready for it as a gamer myself – and looking at the majority of the so-called blockchain “games”, it is no wonder. Games having NFT items, be it a sword in an RPG game or space ship, can bring added value to the players and we believe that is the only proper way to do it: There has to be added value to the players.

In terms of social gaming, player driven ingame economies are inherently social. You cannot have a successful blockchain game without social gameplay.

Creating games with decade-long tails is a considerable challenge. What are the key elements to ensuring players remain engaged for potentially years?

Here too, the social aspect is the key. One of the things I’m most proud of professionally is the fact that in one of our previous games, 96 per cent of the players reported having made friends by playing the game. That is honestly heartwarming to me, as a gamer, but it is also the foundation for games that can be played for a decade or more: if a player has friends in the game, they will likely stay in the game.

Naturally, there needs to be regular and meaningful updates, automated daily, weekly, and monthly events, new content and so on. Running that kind of operation is not easy but our team has a lot of experience with it.

The 2021 report, Toxicity in gaming: quantifying the scale of the problem, notes that around 42-49 per cent of mobile players have experienced player-to-player ‘toxic behaviour’, particularly with the RPG, strategy, and adventure genres. How does Social First intend to foster positive experiences within its social games?

To me, this is just damn sad. Games are supposed to be fun and offer respite from whatever people might be going through in their life and then toxic twats come along. Our games and our social media channels will have a zero tolerance for any kind of toxic behaviour.

We also understand that it can be very taxing for industry people whose job it is to deal with those situations, namely community managers, and we offer support to any of our team members who feel they could use help in dealing with that kind of stress.

Social First will be attending Pocket Gamer Connects London 2022 in February. Do you think the industry is ready for live events?

We are not health officials but naturally, we are itching to get back to live events. It certainly seems that PGC London can be done safely, taking into account the vaccination levels and current situation in the UK. Safety first though, and the sentiment seems to be that people expect GDC to be cancelled.

That Social First will soon be added to the list of those prominent companies! Companies like Supercell and Rovio started as mainly Finnish companies with basically 100 per cent Finnish developers. These days it is much more international, and Helsinki has become the games capital of the world in many respects.

Finnish game companies have never been afraid to get into new things and lead the way, and I believe this will hold true in the future too, be it social gaming, blockchain or something else.