Gameloft Brisbane's Sam Lewis discusses bringing the 1971 classic to a modern mobile audience, and why Apple Arcade was the right platform 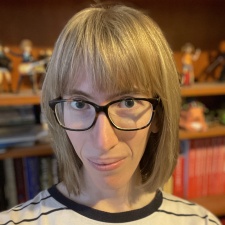 There are roughly 25 different version of The Oregon Trail, including numerous iterations by Gameloft since 2010. The game is known for its ubiquity over five decades, however, the latest – the joint winner of Best Storytelling in the 2022 Mobile Games Award– is an Apple Arcade exclusive.

Sam Lewis, game designer of The Oregon Trail, speaks with PocketGamer.biz about the team's experiences with Apple Arcade, why it was their preferred platform, and modernising the title both mechanically and thematically for the contemporary audience.

PocketGamer.biz: The Oregon Trail was first created in 1971. What inspired Gameloft to return to this for an Apple Arcade release?

Sam Lewis: There have been lots of versions of The Oregon Trail over the years. We really wanted to make something for the Oregon Trail generation – people who played it at school when they were kids and maybe now have kids of their own.

Although this is the Brisbane studio’s first The Oregon Trail game, Gameloft actually has a fairly long history with the franchise, developing a few different entries since 2009. So we were already familiar with the IP and had a good relationship with the licensor, Harper Collins.

Gameloft Brisbane’s previous game, Ballistic Baseball, was an Apple Arcade release and we really wanted to make another title for Apple Arcade. It’s the perfect platform for our vision of contemporary The Oregon Trail game – an authentic, highly replayable, and nostalgic reimagining of the classic 1985 version, with a striking art style and design that leans into and expands the roguelike elements of the original. So there was an alignment of history, circumstances, and ideas that came together at just the right time to make this game happen.

Can you tell me about your partnership with Apple during the development of The Oregon Trail? What support did they provide, and what were you hoping to learn from releasing on Arcade?

Working with Apple has been a joy. We've had a long working relationship with them, and the Gameloft Brisbane team in particular has had experience making titles for Apple Arcade, starting with Ballistic Baseball. We're excited to be a part of Apple's vision for subscription gaming, and appreciate how much support they've given us; it's clear that they really care about The Oregon Trail.

Native American and Black protagonists and stories [are] a first for the franchise, and something which we felt was necessary

Gameloft's rendition includes additional scenarios and a new graphical depiction (although I'll confess to missing the harshly lime-green caravan). How did you balance adhering to the original, which continues to resonate, while ensuring you left Gameloft's mark on the title?

There were a number of elements of the original game we knew we had to include, such as naming your party, sudden and unpredictable disasters, gravestone epitaphs, and everybody's favourite nineteenth century illness: dysentery!

Aside from the obvious callbacks, the game was very much built around that classic structure of preparing your wagon, travelling to the next fort, and encountering random events along the way. The difference is in scale – whereas the original game's events were often only a single line of text, in total we have a novel's worth of writing! We've also added loads of new content based on or inspired by the real history of the trail. This includes journeys featuring Native American and Black protagonists and stories, a first for the franchise, and something which we felt was necessary.

I should also mention that if you're missing the lime-green wagon, our latest update includes a visual filter that recreates that classic retro look...

There is something charming about seeing Reddit posts with Oregon Trail tips – "always bring ammunition!" – again. What kind of reception did you originally expect from the release?

We honestly had no idea what to expect! We had the feeling that we were on the right trail (pun intended) as we approached the launch, but at the same time we were literally trying to recreate people's childhood memories!

We were blown away by the amount of positivity surrounding the launch, and it's been really heartwarming to see people posting their experiences (particularly the misfortunes), strategies, and discovering the real history that inspired our in-game stories.

Gameloft has seen great success on Apple Arcade. We now have five titles on Apple Arcade and are one of the best performing publishers on the platform. As for the future, we'll keep supporting our existing titles and approach all platforms as opportunities.

There is a lot of discussion about alternative monetisation strategies. What are your thoughts on the performance of subscription services like Apple Arcade, Google Play Pass, and the burgeoning Netflix Games?

We had such a good experience making our previous title, Ballistic Baseball, for Apple Arcade that we let Apple know we would love our next project to be on the platform, too, and pitched the idea of a The Oregon Trail reimagining. So yes, we had always envisioned this as an Apple Arcade exclusive. The classic 1985 version we are referencing was on Apple II so it just made sense that our new take should be at home on Apple, too.

We’re currently pitching some concepts for future projects, too, but I can’t say much more than that at the moment.

We let Apple know we would love our next project to be on Apple Arcade, too, and pitched the idea of a The Oregon Trail reimagining

Remaking a title with a heritage like The Oregon Trail risks speaking to two distinct audiences – players that remember the original, and those who may not even know its history – and missing both. What compromises/strategies did you employ to ensure both player bases could enjoy this latest rendition?

I think it speaks to the timelessness of the original game that so many of its features – emergent gameplay, consequential choices, resource management, customisation – are still very popular to this day. As such, we felt that staying true to the original wasn't necessarily at odds with bringing in new players.

However, we did make some tweaks to the formula in order to make the game more accessible, such as adding an optional fast travel system (which we called "Hire a Guide") to give new players a shot at reaching Oregon without having to completely start over.

One of my favourite things about working on The Oregon Trail has been learning all the history I knew nothing about, especially historical figures like the female chief Bíawacheeitchish. She was a Crow warrior who married four wives! There's also Black Beaver, the well-travelled Lenape fur trapper who was fluent in perhaps a dozen different languages. A lot of our motivation was simply wanting to share the fascinating stories we came across during our research.

You can check out the PocketGamer.biz Apple Arcade list, cateloguing every release on the platform, through this link.