PG.biz Podcast: Squid Games' Jackie Jin on the importance of credibility and culture in a casual games studio

The PG.biz team talk to Jackie Jin, founder and CEO of Squid Games, about the challenges and opportunities facing small studios in today’s mobile games market 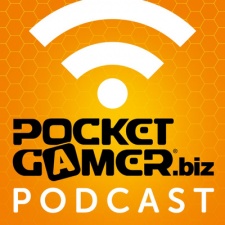 What does it take to build a successful casual games studio in 2022? That’s the question the PocketGamer.biz team set out to answer in the latest episode of the PocketGamer Podcast.

In the first episode of season two, we went big, speaking to Greg Hartrell, the head of Android and Google Play at Google, which claims over three billion players around the world.

In this episode, we’re focusing on the journey of a new games studio, working on its first title and exploring the challenges and opportunities facing emerging game creators.

Jackie Jin is the founder and CEO of Bay Area development studio Squid Games, where she and her team are working to build new genres of casual games. Jackie has a background in Economics from Stanford University and her work experience includes leading products on multiple casual titles at Zynga. More importantly, her favourite game at the moment is The Legend of Zelda: Breath of the Wild.

PocketGamer.biz’s Brian Baglow spoke to Jackie about the formation of the studio, the choice to focus on casual games and how she deals with the challenges of building a team in one of the most competitive regions in the world for recruiting digital talent.

From company culture to game design, Jackie talks candidly about the growth of Squid Games, the vision behind the studio, and its plans for the future.

You can listen to the podcast here. You can find all of the episodes and interviews on the PocketGamer.biz podcast page.

Many thanks to Jackie for taking part. We hope to have her back on the show in the near future.