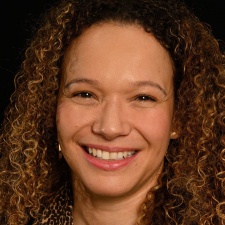 As mobile racing games specialist Hutch continues its four-day working week (4DWW) trial, being one of around 70 UK companies in a campaign launched by 4 Day Week Global, PocketGamer.biz is onboard to detail the step-by-step progress, successes, and hurdles experienced by the developer in our feature series, 4DWorks.

Charmaine Clavier-St John, head of people at Hutch, joined the team in January 2021. A year-and-a-half later, the developer made its steps into the 4DWW trial. Clavier St-John speaks to PocketGamer.biz on joining the firm and meeting the challenges of redefining a working culture.

PocketGamer.biz: You joined Hutch in January 2021, and the 4DWW trial was started 18 months after. Is it accurate to say this has been a direction you've wanted to implement from the beginning?

Charmaine Clavier-St John: When I joined Hutch, I wanted to get to know the business first before we made any radical changes. It was important to me to understand how the team felt, what they were used to, and what they needed before we made alterations that could disrupt their routines.

But Hutch is a people-first business at its core. So it wasn’t long before I felt confident we could make the switch. We already had really strong wellbeing policies in place that set us up nicely to make the transition. It was a natural progression of what we had already been building towards, even if we hadn’t realised it beforehand, so it was a surprisingly smooth process.

Can you discuss the variety of responses from Hutch staff following the announcement of the 4DWW? While I imagine the majority was broadly positive, it is not uncommon or unfair for staff to be perturbed by considerable change.

The live response after the announcement was amazing! We announced the news in an all-staff meeting and on a video call and the reactions were just incredible. Seeing countless jaws dropping in front of our eyes was something really special. I’ll never forget the comment section going wild with notes of thanks and how Hutch is the best place they ever worked. It was incredible to see.

That said, there were staff who were unsure of the change. We listened carefully to those who felt that the shorter week could negatively impact their mental health, or change the culture of the office for the worse. We were on hand to give reassurance to anyone who was unsure of taking part in the trial and encouraged them to open a dialogue with their line manager to identify ways we could support them.

Based on the range of feedback we heard, we decided that the four-day week wouldn’t be mandatory. Anyone who felt working the full five days would be better for them was welcome to do so. However, we’re very proud to say that after months of planning, consulting and carefully preparing, everyone at Hutch is now onboard and working four days a week.

What do you think will be your biggest challenge during this period, as head of people at the firm? Similarly, what will be your most central priorities?

I think the biggest challenge in our trial of a four-day working week will be the need to continuously adjust and adapt our ways of working over the course of the six months. We’re now nearly two months into the trial, so it’s still early days in the grand scheme of things.

We’re now nearly two months into the trial, so it’s still early days in the grand scheme of things.

The way we work now may drastically change by the end of the trial, as we learn more about how best to utilise time across the four days a week. We have a fantastic taskforce of reps across Hutch who are assisting with team feedback as well as researching and sharing productivity hacks, training and measurements per team.

The priorities are productivity and, of course, wellbeing. We’re having 4DWW check-ins with the whole studio and sharing brief surveys to see how people are doing and if any extra hours are being worked. We’re also supporting the team by introducing sessions with a performance coach to help with the change, alongside Q&As with an expert futurist and exploring ways to ensure that the social side of Hutch doesn’t suffer too. We have our summer party at the end of July and we’re always looking at ways to keep the fun, social side of Hutch alive and well.

Let's take a look at some common criticisms of a 4DWW: one I hear most frequently is 'it is impossible to maintain five days of productivity in a smaller time frame'. What will be Hutch's approach to ensure productivity within a tighter period?

This is definitely a natural response to a four-day working week and we’re not naïve in thinking that we’ll be able to snap our fingers and make this work overnight. It may only be one day less a week, but that's a major change to the entire dynamic of a workforce. Change is difficult and requires confronting a great deal of challenges, so from the start we expected to face these.

We do, however, think it’s incredible to see how much work teams can achieve when making the smallest of changes. For example, since the trial started, we’ve cut meeting times down, as well as carrying out a meeting audit across the whole company. We have found it extremely important to make it clear who really needs to attend what.

We’ve also introduced methods like the Pomodoro technique where our team is coached to work with highly productive chunks of time and ensure frequent rest periods. Alongside this, we've implemented quiet hours that encourage the team to disconnect from Slack and emails, while also having open channels to discuss productivity ideas and questions.

Many hands make light work, as they say, so we’re making sure everyone at Hutch is able to bring fresh ideas, and that they can actually have fun with the change.

How much flexibility do individual staff members have to define their 4DWW – my understanding is a firm Monday-Thursday? How much additional balancing is required to maintain team cohesion?

We’ve agreed that Friday will be the day off for the whole studio. In our research before commencing the trial, we saw that many leading voices in this space noted that productivity is much better at the start of the week, so it made sense from an operational point of view. But what cemented it was the feedback from staff, 95 per cent of whom wanted Fridays off as their first choice, so they could enjoy three days of uninterrupted rest.

That said, we want to remain flexible. If we find later into the trial that there is a day that is actually better for the team, we can of course consider making the change following a discussion.

While two of Hutch's offices are in the UK, the firm also has a Mahone Bay, Nova Scotia site. What difference has there been, if any, in how the Canada team has approached the 4DWW trial?

There actually hasn’t been much change between studios at all. What I’ve found interesting is that it created a deeper connection between the studios. We feel so much more like one family now we’re all experiencing the same changes. We’ve had to be mindful of meetings, particularly the company all hands session due to time zone differences, but it’s running smoothly now that we’ve found time slots that work for us all.

Our wins, challenges, and sentiment will be on full display for everyone to see.

Ultimately, what do you want to see out of the trial period – both across Hutch and the mobile games industry in general?

Our ultimate goal throughout this trial is to maintain, and hopefully improve, productivity whilst having a positive impact on wellbeing. Much of the evidence and research from previous trials shows that this is entirely possible. We want to come out of this having learnt a huge amount about how we work and what we need to do to make our careers healthier and more productive.

But our greater ambition is to motivate the industry to change for the better. Our wins, challenges, and sentiment will be on full display for everyone to see, so we hope that will act as a resource that leads to some positive outcomes.

You can check out each instalment of 4DWorks, exploring Hutch's 4DWW trial throughout the latter half of 2022, through this link.