In this interview we hear more impressions on the four day work week and what changes have taken place because of it. 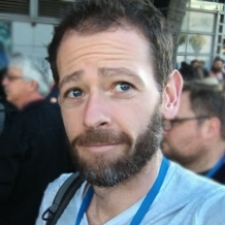 As the four day work week trialcontinues we follow up with another member of staff from game development studio Hutch, who have been taking part in the trial. In this interview, we speak with Hutch's chief technology officer James Levick.

Can you tell us a little about your role, and what your day-to-day responsibilities and duties used to look like ahead of the shift to a four-day work week?

I’m the CTO at Hutch, so my role is to work with our engineering team to design and implement the technology underpinning the games. As such my role is a mixture of strategy, leadership, architecture, recruitment, and investment - I’m in a lot of meetings and calls, but also trying to stay abreast of technology. That includes what we use now and what’s on the horizon, working with the team to identify where we can improve across the company.

You joined Hutch back in 2013, and as such you've seen the company go through some major changes and challenges - how do you think this ranks among those times, and do you think Hutch would have been capable of pivoting to this schedule before?

Hutch has always been forward thinking in how we approach work

We have had a hybrid work from home model since we started out over 10 years ago, and have always had a non-crunch culture alongside an emphasis on work-life balance even in the tough times as an early startup. As a result, I think we’ve been capable of making big changes and adapting how we work throughout, but I definitely think investing in our team has had a big impact on being able to do something like this. On the technical side, I think our investment in our own tech stack also allows us to scale up our confidence in running Hutch’s games unattended, which would have been more difficult early on.

Some roles seem like they might conflict with a shorter work week. Roles that, for instance, revolve around the requirements of players. Support workers, tech solution workers and other technology focused roles. Did you foresee any issues within certain roles, or were there any that you felt simply wouldn't fit with the new work calendar?

Our games are very live ops driven with events and offers for the players running 24x. As a result, we were already operating outside a standard 5 day week previously with the assistance of some outsourced customer support over the weekend. This has worked well, so we have extended that support for the additional day. We are also working to enhance the ability of our systems to ‘self-heal’ to avoid generating customer support issues in the first instance, and our support system has a number of automations to try to help our players without needing to resort to human support over the weekend. We’ve also talked about potentially allowing flexibility on the additional day off, so for example if someone on a team would prefer not to work on Monday, they could cover the Friday when others are off, which could be a win for both parties.

Were there workarounds required for these roles, if so, what kind of solutions needed to be put in place to ensure that the previously 40 hours of work were not squeezed into a shorter 32 hour week?

It’s important to note that the success of the initiative is dependent on being able to do 100% of the work in 80% of the time, through finding efficiencies in how we work, reducing meeting time, finding ways to allow the team to focus, making the best use of both office and work from home days, automating some tasks, and so on. As well as the above we’re looking at additional training for staff on things like the Pomodoro technique, tooling to track meeting times, reducing standard meeting lengths to 25/50 mins, maintaining meeting free days and other techniques brainstormed by the team themselves to find solutions that work for them.

How has the workflow shifted as a result of the change to a 4DWW? Can you detail some of the challenges, and positives, that have come from it?

We actually found meetings are more focused and relevant

As a result of the initiatives above there has been a sizable reduction in meeting time across the studio while still maintaining a beneficial collaboration. One interesting side challenge to this is that there was a strong desire from the team not to become “all business, no fun”, so we don’t want to optimise all the day-to-day social interaction of the team away!

On the technical side, we have generally avoided releasing new updates on the day before a weekend, so given that the release window has narrowed, it's prompting us to invest further in automation and improving our tooling around builds/deployment. This in of itself is beneficial in general. A further challenge is that we are tracking some additional metrics across the studio as part of the trial, which is a new demand on people’s time that we’ve needed to absorb. We can hopefully make this less onerous over time and are testing solutions across the studio.

Is there anything different that you would have done to change the implementation of the changes?

It’s been a great opportunity to join the four day week trial alongside a number of other companies in the UK and receive a lot of really valuable support, however it has also meant we needed to accelerate our plans to meet the start date of the trial. Ideally we might have been able to track some productivity and satisfaction metrics for a bit longer prior to starting so we had a bit more baseline data, but overall we believe it’s gone really well so far.

You can follow our previous coverage on the four day work week to find out more.