First hire the company has made in San Francisco 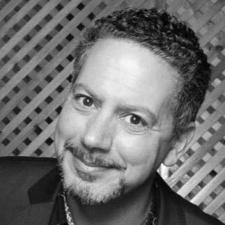 Alau has held numerous roles in the games industry over the years, including stints at Sony Online Entertainment, Digital Extremes, EA, and Linden Lab. He was most recently Senior Business Development Manager – Head of Americas at Crytek.

He will be overseeing Spirit AI's West Coast partnerships and business development as its first hire in San Francisco. His work will cover all of the firm's technology, from its Character Engine to its community safeguarding tool Ally.

"Artificial Intelligence has been a growing interest in the game industry as players demand more human interaction," said Alau.

"I’m excited to see what new frontiers are available to designers and dreamers as they open up new gameplay possibilities. Spirit AI is clearly thinking about the future."

Alau joins former Unity Technical Sales Director for EMEA Andy Brammall, who was hired back in July 2017. Brammall is now Director of Sales and Consulting for Spirit AI.