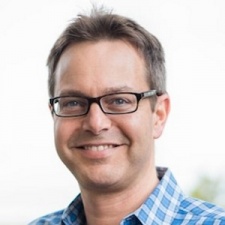 Ryan will join the company on November 27th 2017, and will oversee human recourses, recruiting, and company development. He will report directly to CEO Frank Gibeau.

He brings 20 years of HR experience with him to the company. Prior to joining Zynga, Ryan has held roles at GoPro, CBS, and almost seven years at EA in various positions.

"I'm proud to join Zynga and partner with the leadership team during this exciting time for the Company. I'm extremely passionate about the gaming industry and believe great businesses are the byproduct of highly capable teams developing products they love, organizational excellence and a strong community," he said.

"I look forward to joining Zynga in its mission to connect the world through games, and making Zynga the destination for people to do their best work."

It's not the only high-level hire Zynga has made lately. The developer brought in former Associate General Counsel for Tesla Phuong Phillips as its new Chief Legal Officer in September 2017.