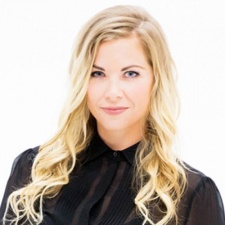 According to Deadline, Geldmacher will be tasked with overseeing the strategy and oversight behind the publisher’s global brand and worldwide corporate narrative, product publicity, events, public affairs and internal communications.

Before the role, she most recently worked as a brand consultant for entertainment and media company STX Entertainment and American footballer Russel Wilson’s TraceMe app.

Geldmacher also enjoyed stints at Netflix as publicity director and Maker Studios as vice president and head of communications. During her tenure at the latter, the studio was bought over by Walt Disney.

“Britt’s communications and brand strategy expertise, as well as her wealth of experience across both entertainment and technology, will be invaluable as we further grow our business,” said Scopley chief revenue officer Tim O’Brien.

The news follows Scopely raising an additional  $100 million in funding to finance acquisitions and investments in games studios and intellectual property.

The Los Angeles-based publisher had raised $60 million in Series C funding in 2017, but the round was heavily oversubscribed.