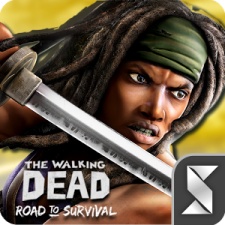 The money is set to be used to finance strategic investments, commercial partnerships and acquisitions.

The funding round was led by Revolution Growth, whose Managing Partner Donn Davis will join Scopely’s Board.

The financing comes a year after Scopely raised $55 million in a Series B funding round.

Scopely has published numerous titles including The Walking Dead: Road to Survival and the recent WWE Champions. In total its network of games has more than 125 million players.

“Closing less than 12 months after our Series B financing, Scopely’s new $60 million Series C financing is a great validation of the company’s momentum over the last year and because the company has already reached profitability this capital infusion will enable us to expand the business through inorganic means while we continue to execute on our path of organic growth in parallel,” said Scopely CEO Walter Driver.

“The opportunity to work with the founding team of AOL is extremely exciting for us as they have a long history of operating at the intersection of technology and media.”