The team will be responsible for publicising the company’s current and future games, employment opportunities and studio leadership outside of the US 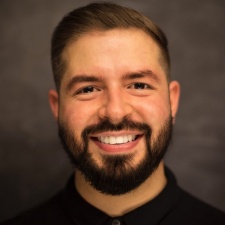 Zynga has hired former Dimoso senior account director Jonathan Lopera as its new head of communications for EMEA and APAC.

To support its growing operations in the region, Zynga is now building up its communications team in London, headed by Lopera.

The team will be responsible for publicising the company’s current and future games, employment opportunities and studio leadership outside of the US.

"Jonathan brings a wealth of experience across all platforms and various genres within mobile gaming. His appointment marks a key milestone in the evolution of our communications team, and we could not be happier to have him on board.”

Lopera added: “I’m incredibly honoured to be part of such a talented pool of developers, studios and games here at Zynga.

“The communications team is second to none, and working alongside them to create some of the most memorable campaigns for some of the most exciting projects around is a challenge I can’t wait to undertake.

“When you love what you do, it’s even more satisfying doing it for the games that you love playing.”