Karp is the former president of Big Fish Games 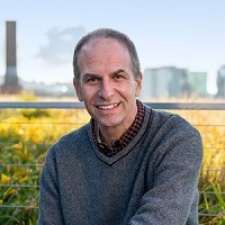 As reported by VentureBeat, Karp will be made senior vice president and group general manager for mobile. He replaces Samantha Ryan, although she will continue to fulfil her other roles.

Previously, Karp was the president and managing director at mobile games firm Big Fish Games, a role he held from July 2018. As such, he was in charge of Big Fish Casino and Fairway Solitaire. Before that, he served as the CEO of Sports Illustrated Play.

Electronic Arts has chosen to have one leader for all of its mobile studios to have a dedicated focus on the division. These development teams include EA Sports Mobile, Track Twenty, Pogo, FireMonkeys and more.

The American firm has several big titles within its mobile library, such as Star Wars: Galaxy of Heroes, NBA Live Mobile, FIFA Mobile, and The Sims Mobile. However, in Q4 2019, the company did experience a decrease of $51 million in net revenue through its mobile division.

Later this year, it is expected to add another big player to its growing catalogue as its popular battle royale, Apex Legends, is set to enter soft-launch. No doubt, the game will enter direct competition with PUBG Mobile and Fortnite, both of which have seen great success on the platform.