"We are entering a new chapter in Amber’s evolving story" 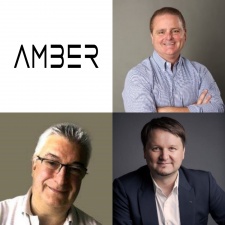 Romanian game development agency Amber has revealed that it is bringing on new leadership, starting with Jaime Gine as its new CEO.

Gine will oversee the company’s operations as part of a leadership expansion across the firm. Prior to this, Gine worked for Keyword Studios as a chief customer officer as well as for EA as vice president of international development, a position he held for 15 years.

Former CEO Mihai Pohontu will assume the position of executive chairman and will lead the company’s board of directors and strategic initiatives with regard to innovation, community and growth.

Brian Waddle will be taking on the role of head of business development. Waddle is a games industry veteran of 16 years, where he has worked as a senior global sales and marketing executive. In that time, he has held positions at Havok, Virtuous and Image Metrics. Additionally, Waddle is a board member of Telltale Games with a background in mergers and acquisitions.

"We are entering a new chapter in Amber’s evolving story, as we proceed to expand our international network of studios to cover all platforms and game genres," said Pohontu.

"Jaime and Brian’s joining our leadership team is a great accelerator to our strategy and I’m excited to welcome them to our group."

Gine further commented: "Amber is pure excitement and has been delivering phenomenal organic growth, but we believe we can do more, go faster, dream bigger. With great talent in Bucharest, Guadalajara, San Francisco, Los Angeles, and Montreal, we have a solid foundation to take the company to the next level.

There's been a lot of movement in the games industry as of late. Most recently, Nifty Games announced new leadership, bringing on executives from EA, Zynga and Lucasarts.

ByteDance subsidiary Nuverse then appointed Mixi’s Langer Lee as the head of corporate development for Asia (excluding China) and Europe.