“Although a lot has changed during my time in the industry, my commitment to video games remains the same" 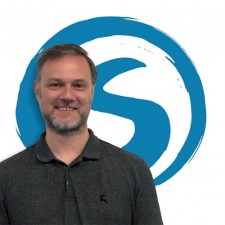 Hindle has worked in the UK games industry since 1995, when he joined Codemasters as a programmer, before rising to the role of head of core technology. In 2002, he departed the racing specialist and was hired by Activision's FreeStyle Games where he worked until 2016 as technical director. During his time at the studio he contributed to IP including DJ Hero and Guitar Hero.

Since then he has worked at Pixel Toys, WellPlay Games and Slingshot Cartel.

“Having worked within the video games industry for over two decades, I’ve been able to learn and perfect various crafts, all of which I’m excited to bring to Sumo Leamington,” Hindle said.

“Although a lot has changed during my time in the industry, my commitment to video games remains the same and Sumo Leamington is the right place for me to continue my story”

Studio head Chris Southall added: “We’re thrilled to have Phil joining us at Sumo Leamington. He brings experience, enthusiasm and will help our growing team continue to produce work of the highest quality for years to come.”

The Leamington Spa studio was founded in March 2019 and is one of nine outposts run by Sumo Group following the acquisition of Lab42 in May of this year, and the firm snapped up US work-for-hire outfit Pipeworks last month.