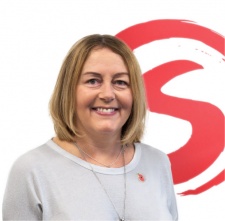 According to her LinkedIn, Whittle has been in the role since November 2019. Previously, she was in charge of business development in Europe for Keywords Studios. She has also held roles at VMC, GlobalStep, and SCEE.

"As Sumo continues to expand its development capacity and strengthens capabilities, providing first-class studio and partner support is of paramount importance. A strategic focus within the Business Development team, Kirstin will be identifying and aligning the business needs of Sumo Studios and valued partners."

Whittle added: "I've followed and admired Sumo Digital for many years, so to now be part of such a talented and progressive group of studios is amazing. I am delighted to have the opportunity to work alongside the brilliant leadership team to help shape and support strategic plans."

Last year, Sumo Digital opened a new studio in Warrington. A further two studios were opened in UK, in Leamington Spa and Leeds, following the acquisition of Red Kite Games.

In April 2019, Harinder Sangha - the former Sega Hardlight operations director - joined Sumo Leamington. We spoke to both Sangha and studio head Chris Southall about how the studio planned to adapt to the mobile market.

Ian Livingstone CBE, one of Sumo Group's non-executive directors, will be speaking at Pocket Gamer Connects London 2020. Get your tickets now!

Quintet of senior appointments at Sumo Digital as company expands