NDreams CEO welcomes Sagnier’s wisdom and passion to the board 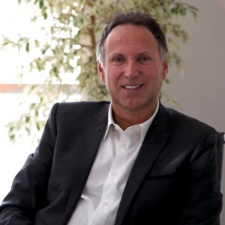 Frank Sagnier is a member of the board at nDreams and was the former CEO of UK racing game developer Codemasters.

As reported by GI.biz, Sagnier’s new role at NDreams will be as a non-executive member of the board.

Sagnier stepped down from his position of seven years at the end of July this year, along with Codemasters’ chief financial officer Rashid Varachia. Their departures follow four months after EA’s acquisition of Codemasters for $1.2 billion.

NDreams CEO Patrick O'Luanaigh welcomed Sagnier saying that his "wisdom, experience, passion and drive" will be valuable in accomplishing the company’s ambitious goals. O’Luanaigh has previously stated that he believes all-in-one virtual reality headsets to be the future of VR.

"I am delighted to join NDreams' board to help the company achieve its mission to become a world-leading developer and publisher of VR games," said Sagnier.

"Over the past few years, Patrick has built a reputable studio with high-quality teams delivering high-quality games. The fast-improving hardware together with highly immersive and innovative players' experiences means the VR market is bound to see significant growth and exciting times ahead."

NDreams has spent the past year scaling the company launching a new publishing arm and formed a new fully-remote studio, NDreams Studio Orbital.