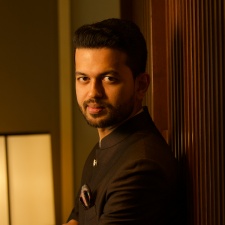 Hypersocial platform Bombay Play have announced the hiring of industry veteran Kunal Mordekar as chief operating officer (COO), as of May 2022.

Mordekar has over 10 years of experience in game design, programming, and project management, having contributed to multiple games and led numerous teams, including position of COO at Yoozoo Games India, Bombay Play hope that he can leverage that experience and build their own platform.

"Collaboraton with the top talents of the gaming industry"

Oliver Jones, co-founder and CEO of Bombay Play, stated: “We are pleased to welcome someone of Kunal’s calibre as our chief operating officer. We believe that a collaboration with the top talents of the gaming industry will enable us to manage our growth, scale operations, enhance marketplace capabilities and pursue our path to profitability.”

“It’s a great opportunity to be a part of Bombay Play and work closely with the bright minds here. I look forward to sharing my expertise to help Bombay Play build on its success, execute its growth plan successfully and drive operational improvements across the organisation. I hope my addition as COO will further propel their commercial success and augment their market reach,” said Mordekar.

Since its inception in 2018 by Oliver Jones and Abhas Saroha, Bombay Play have raised more than $9.5 million and claim to have grown three times year on year since its founding. The Bangalore-based company recently raised $7 million in a Series A round, one of the largest to date for an Indian mobile game studio and quadrupling its 2020 round.