The Scopely veteran will lead Tripledot’s portfolio of games 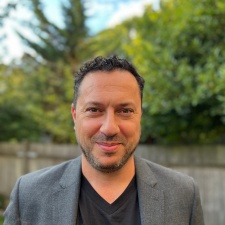 Tripledot Studios has announced the appointment of Daniel Freireich, the former president of games at Scopely, to the position of Chief Games Officer.

Tripledot Studios was recently identified as being the third fastest growing private company in the UK. In February, the company raised $116 million on a $1.4 billion valuation.

In his new role Freireich will lead Tripledot’s expanding portfolio of casual mobile games, manage the company’s existing portfolio of titles such as Woodoku, Solitaire, and Tripletile, and play a key role in scaling games from newly acquired studios.

“Daniel is a world class leader,” said Tripledot Studios co-founder and CEO Lior Shiff. “We are at an inflection point as Tripledot has been on a rocket ship this past year. For the next phase of the company, Daniel’s experience building a global development operation and scaling a diverse games portfolio will be critical to our success.”

Over 20 years of experience

Freireich has over twenty years of experience in business, technology and games. As the president of games at Scopely, he built the company’s London operations and lead development teams across Europe, focusing onthe company’s catalog of casual titles. Prior to Scopely, he worked as CEO of Product Madness at Aristocrat.

“I feel as though I am catching an incredible wave,” said Freireich.

“What Tripledot has done operationally and creatively so far is impressive and I can see how this business can continue to grow and deliver over many years. I’m very excited to join the talented team of founders and game makers and to be part of Tripledot’s journey to a new level. I really believe this is a once-in-a-lifetime opportunity to build a generational company, and I couldn’t be more excited to get started.”

Last month, we listed Tripledot and Scopely as two of the top 50 mobile game makers of 2022.