What do the Mobile Mavens think of Nintendo's mobile debut Miitomo? 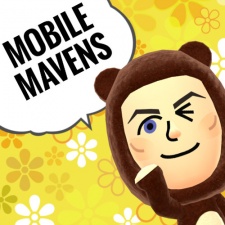 Back in November 2015, following the surprise announcement that Nintendo's first mobile release would be a messaging app, we asked our Mavens what it told us about Nintendo's strategy.

Now we've all spent a few days dressing our Miis at hotdogs and sharing Miifotos, it seemed like good time to return to that topic from a more informed perspective. So this time, we ask:

It screams "Nintendo" quality, which can only be a good thing. Without a significant increase in interactions, though, I question whether Miitomo itself has the legs to persevere.

But ultimately, it's a brilliantly conceived canary in the coal mine of mobile for Nintendo, who could easily have taken the easy route of porting something from their unmatched back catalogue.

More than anything else, it signals an intent to do something different in this space. That alone is mouth-wateringly exciting.

Yeah, I've gotten bored of it already (and judging by the way my Twitter feed's calmed down posting pictures from it, so have a few others).

It didn't help that it takes 4 taps to add each friend from Facebook, and there's no "add all" option. So, being a bit lazy, I haven't bothered connecting to most of my friends.

Still, seeing the same outfits on people, and the same questions, I found it got old really quickly.

My answer in short: boring.

It is not a real game, so all Nintendo fans who expected a game were disappointed. As social media, it is not really a solution either.

So yes, they were getting a lot of downloads, but will it be a big boom?

I doubt it. I already uninstalled it.

It's naive when teens are on Snapchat.

But more seriously, I agree with Chris - great quality implementation, but I'm not really sure what it's for beyond kids who like the whole Mii concept already.

Even then, in terms of a social experience, it seems quite naive when young teens are spending all their time on Facebook and Snapchat.

Having typed that I now feel like a disco vicar.

Miitomo would have been perfect in the Wii era.

The joyful light social interplay they clearly intended would have been great then. But social media apps have come a huge way since then leaving little room for this kind of app.

Rather than a re-energising Nintendo into the mobile era, I feel it instead simply reinforces why they have lost traction, but not affection, in western markets.

I doubt it'll do well financially, but I think Miitomo is a great effort. It's Nintendo's attempt at trying something different.

They seem to always take that dual approach to product launches: a blend of flagship franchises, and unexpected, weird stuff that can sometimes become a killer app or platform.

Miitomo was the weird stuff, so next I expect the more classic IPs to enter mobile gaming too.

Miitomo is a disappointment. After buying my wife Tomodachi Life for 3DS knowing she would love it, her refusing to play it, then letting it sit on a shelf 3 months before I started playing, then showing her the game, and finally watching her play it for a couple of months straight, I believed Nintendo was going to make a similar hit experience.

The load times are disgustingly long, inviting friends is tedious, and the lack of mini games is disturbing.

But they really fell short.

We all know the hype for Miitomo was 100%. There were large media outlets talking about the game while it was in beta getting everyone really excited like it was the beginning of a new era.

Personally, I feel the poor UX really harmed the game. The load times for server calls are disgustingly long, inviting friends is a tedious experience that I gave up on, and the lack of mini games is disturbing.

Nintendo is a company know for creating some of the best mini game experiences in the history of gaming. Wario Ware, Mario Party, NES Remix - heck, even the mini games from Super Mario Bros. 3 are more exciting.

The tiers of coins is interesting. I like that I can earn other rewards on the Club Nintendo replacement, My Nintendo. I am making a bet that the coin tiers and Miis will be used in future Nintendo mobile titles.

I hope the Pokemon AR game [Pokemon Go] is being developed by a different mobile team that doesn't communicate with the Miitomo team.

What Miitomo does is like a slow, restrictive Twitter with a limited bit of dress-up, albeit well executed.

I don't believe Miitomo is supposed to be standalone, but a platform play for future titles.

I'm thinking the same thing Will, in regards to Miitomo acting as the home experience on the NX.

Miitomo is a toe in the water.

Miitomo is a toe in the water.

It's a way to test this unknown (and scary, if you're Nintendo) mobile thing, without damaging any of their high-value brands or games.

I suspect it's been released to let them build an audience and find out how the hell this market works in a small and controllable way, without the huge backlash they'd get from jumping straight in with a Zelda/Mario title.

I hope they learn quickly...

Brian - you could well be right, but really, since when is Nintendo tentative when it comes to its IP and hardware strategy?

It's consistently been the only games company that has launched games that have become utterly genre-defining, as well as hardware which at the very least bucks the 'black box under the telly' approach, and at best influences the market for years to come.

That's not a company that, in my eyes, would be tentative if they really believed in mobile.

I agree with the previous commentors that, as a game, Miitomo is extremely limited and lacklustre.

I might be cynical, but Miitomo’s true goal might be something more basic (or sinister, depending on your optimism/pessimism scale).

By going mobile, they can no longer assume that all players will have a Wii ID from their previous consoles. By releasing Miitomo, they now have a large userbase which they can now nicely track/support.

Also, did nobody notice the very thinly-veiled marketing survey questions that earn you hard currency? “What kind of bread do you like?" Nintendo is basically building an advertiser’s dream user database!

Messenger apps are the browsers of the 90s. If this were a VC-funded startup, it would be worth billions with that install base.

To sum up: Miitomo is not a game.

What does Miitomo tell us about Nintendo's mobile strategy?

What can the mobile games industry learn from Fallout Shelter's success?

The Mobile Mavens' Games of the Year 2016