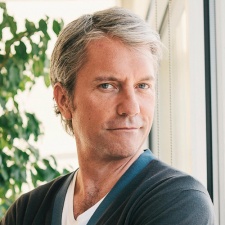 Jam City CEO Chris DeWolfe has said that the company is considering an IPO in the second half of 2017.

In an interview with Bloomberg, DeWolfe claimed that the studio currently generates an annual revenue of $400 million. He also revealed plans to expand the company into Asia.

The interview also briefly details the upcoming licensed game using the Peanuts brand it acquired the rights to back in September 2016. It will be called Snoopy Pop, which implies it will be largely similar to Jam City's ever-popular Panda Pop.

Regarding Panda Pop, DeWolfe claimed that the game has a paid player conversion rate of around 8%. He also stated that the company was hesitant to aggressively introduce ads in its games as monetisation.

Jam City was known as SGN until it rebranded itself in September 2016. It also acquired Family Guy: The Quest for Stuff developer TinyCo in July 2016.

It grew its executive staff in October 2016 when it was joined by Rod Humble and Robert Zakari as General Manager and EVP of Corporate Development & General Counsel respectively.

Why Jam City’s IPO is on hold