COO Kalle Kaivola on building relationships and not focusing on genre 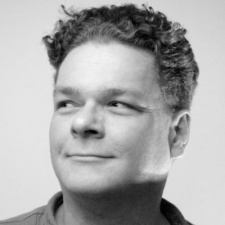 At Devcom 2017, Kalle Kaivola, COO of remote control productions, gave a talk on how using a licensed IP can improve your game.

He started by suggesting developers first of all consider the audience behind an IP, especially the reach of a given license, saying "just because you like an IP doesn't mean everyone else will."

It's also important to consider how the audience interacts with the IP and whether they will actually want to play a game based on it.

He then moved on to timing, pointing out that what is popular now might not be 18 months down the line once the game is ready. To keep an eye on this, Kaivola recommends checking Google Trends, which can give you an overview of an IP's popularity.

Next up was saturation, with Kaivola noting that players aren't going to want to play the same thing over and over. No matter how big an IP may be, if there's too many other games using it out there, your game may not stand out.

He then turned to actually licensing a product, suggesting that developers determine whether characters and likenesses are important to the IP or not, since these rights are particularly difficult to acquire.

"You should always know exactly what your licensing," he added, explaining that you may only be able to license a book, but not any visual products that have been created from the same property.

When it comes to actually making the game, Kaivola doesn't recommend starting with a genre – instead you should consider why the IP is popular and what you or a fan would want to do in its world.

Developers should also build up a relationship with the IP owner in order to find out what they think it's about, and why it's important to them, to aid in developing the game.

And to ensure you can build up trust and the relationship, it's important that whoever's overseeing the IP knows it inside out and can keep it on-brand – "this is one of the most crucial and underestimated things you can do", said Kaivola.

Next Games' Kalle Kaivola shares tips for working with IP

Katerina Burbela on falling in love with the games industry