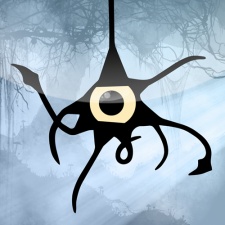 The event gives indies three minutes to pitch their games to a panel of press, publishers and industry pundits. The judges then pick three winners and everybody gets valuable feedback. This latest Very Big Indie Pitch - an even bigger version of the BIP - took place at Pocket Gamer Connects Helsinki 2017.

Team Ocmo won over the judges with its quirky ninja rope platformer Ocmo to take first place at the Very Big Indie Pitch. Users take control of a monster that uses its tentacles to swing through levels and tear up bunnies.

Ether Games took second place at the VBIP with its mobile shooter set in an alternate, diesel-punk of World War 1 in which players must fight off supernatural beasts from the trenches.

Pretty much what it says on the tin, third place Zaibatsu Interactive's Zombie Fall! is an endless faller which the developer describes as "where Crossy Road meets Dawn of the Dead in a Saturday morning cartoon".

Flora and the Darkness

In fourth place was 1DER Entertainment's Flora and the Darkness, a 2D platformer with simple one-touch controls in which players can harness the abilities of ancient Gods.

In fifth place was Level Eight AB's Protostrike, a fast-paced mobile shooter in which players engage in eight-player death matches in real-time to come out on top.