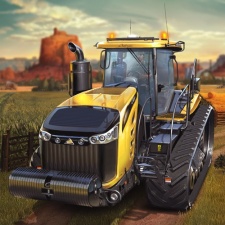 The Swiss studio also has plans to move its two other offices. The first is situated in its native country of Switzerland where it will move later this month, while the other studio is situated in Germany.

The company is opening up a number of new job positions to coincide with the expansion.

Giants Software was formed back in 2004 and is primarily known for Farming Simulator, which as the name suggests is a game that simulates day-to-day life on a farm.

The company has released its titles across a number of platforms, including PC, console and mobile.