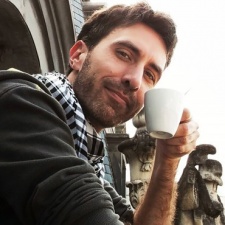 While primarily a PC title, Bernard suggests his recap of Dead Cells development is useful for developers on all platforms. In particular, finding the fun in your game’s core loop is vital for success.

“This game is basically jumping around and killing bad guys,” said Benard. “We did spend quite a lot of time, I think half of the development, making sure this thing was fun as it was really the core of the game.”

Making a game feel good is about knowing where the challenge is meant to be and streamlining out small obstacles that may get in the way of the core experience, according to Benard.

“When you make any kind of game, try to understand what your player is trying to do," he said. "Is it meant to be a challenge or is it just part of the flow of the game? If not, make sure they succeed.

“It’s about putting the effort where it matters. Whether it’s a platform game, an adventure game or action game, make sure that every basic action the player performs from beginning to end is made as fun as possible.”

The full video from Pocket Gamer Connects Helsinki 2018 is available below:

For more details on our next Pocket Gamer Connects event in London and to book a ticket, head to the website here.