Avengers directors to adapt Magic: The Gathering for Netflix 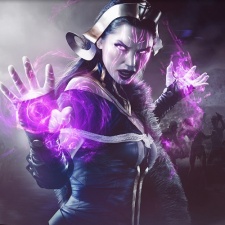 Netflix has revealed that a new animated television series based on the long-running collectable card game Magic: The Gathering is in the works.

As reported by The Hollywood Reporter, the project is being overseen by Avengers: Infinity War and Endgame directors Anthony and Joe Russo, with the duo serving as executive producers.

An original storyline focusing on the Planeswalkers is set to be developed, with Magic: The Gathering parent company Wizards of the Coast producing.

Bardel Entertainment, who helmed the Angry Birds Blues animated series, will be behind the new show. Star Wars Rebels and Star Wars: The Clone Wars writers Henry Gilroy and Jose Molina will head up the team as lead writers.

The franchise is considered to be worth over $1 billion and has seen several adaptations across media, including a number of mobile releases.

Tencent last year partnered with Wizards of the Coast to publish Magic: The Gathering games in Asia.