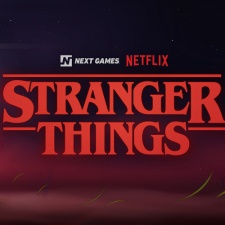 Finnish developer Next Games has partnered with Netflix to launch a free-to-play mobile title based on the Stranger Things television series.

The location-based RPG puzzler will see the characters and world reimagined as an 80s style Saturday morning cartoon.

Here players can explore The Upside Down via location-based mechanics and Google Maps integration to combat the emerging evils, such as Demogorgons.

Stranger Things is slated to arrive on iOS and Android devices sometime in 2020.

"Our core focus will be to deliver on Stranger Things’ rich and intense themes like friendship and supernatural adventure, and translate these into snack-sized entertainment on your mobile device.

"Combined with Netflix’s second-to-none ability to reach audiences across the globe, we will deploy all of our accumulated creative and technological expertise to create a game for the fans of the series all around the world."

Next Games is known for licensing well-known IP, with The Walking Dead: Our World releasing on mobile in 2018. We recently spoke to director of technology Matias Ärje about his career and working with these properties.