Three to launch 5G in London from August 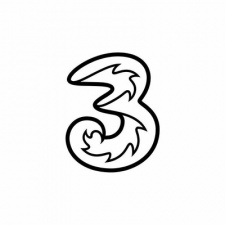 Mobile network provider Three will launch its 5G service in London from August.

After debuting in the British capital, the service will roll out to 25 other towns and cities before the end of 2019.

Three will reportedly be investing $2.53 billion (£2 billion) in its infrastructure to support the network and is estimated by some analysts to offer 100-times the download speed currently offered by 4G.

No details of how much the service will cost have been disclosed.

"We have the UK's best network for data and we have led the market on customer usage on both 3G and 4G technologies. We have worked hard over a long period of time to be able to offer the best end to end 5G experience.

"5G is a game changer for Three, and of course I am excited that we will be the only operator in the UK who can offer true 5G."

Competition for the new technology is rife as EE launched the country’s first 5G network at the start of June, with Vodafone set to debut its service in July.

Game streaming app Hatch, which has been signing a number of 5G-related deals across the globe, launched on Android in the UK last year. We recently spoke to co-founder and CCO Vesa Jutila about the firm’s plans for 2019 and beyond.

Huawei approved for 5G across the UK in restricted capacity