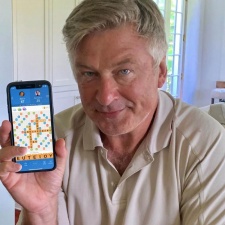 Actor Alec Baldwin is teaming up with Zynga to celebrate the 10th anniversary of Words With Friends.

Baldwin, famous for his satirical depiction of US President Donald Trump, is set to appear in upcoming social media and marketing material in recognition of the milestone.

"I have been playing Words With Friends for nearly a decade, on soundstages, in greenrooms and on airplanes," said Baldwin.

"It’s great to play a game that engages your intellect and your social side simultaneously - that’s why I spelled ‘Y-E-S’ when Zynga asked me to get involved."

Zynga's president of publishing Bernard Kim added: "Alec Baldwin and Words With Friends are forever linked in popular culture, and his authentic love for the game resonates with the game’s community."

Zynga product lead Sonja Angesleva will be speaking at Pocket Gamer Connects Helsinki on October 1st and 2nd. Head to the website for further details.