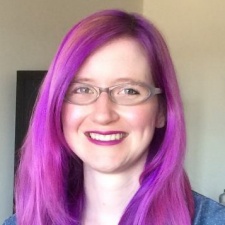 For a title predicated on social interaction, the introducion of Words With Friends 2's guild system – Clubs – may seem to be a straightforward inclusion, but new community features – such as its new in-game currency, Club Coins – require careful, precise balancing and a more proactive approach to moderation and encouraging positive interactions.

Tatum Clanton, Words With Friends 2 game design director at Zynga, speaks to PocketGamer.biz on the curation of its new guild system, known as Clubs, and its earliest, most immediate impact thus far.

PocketGamer.biz: Obviously social interaction has been a central pillar of Words With Friends from the beginning. What was the core inspiration for Words With Friends 2 Clubs, and why was now the right time for its implementation?

Tatum Clayton: Our inspiration came from our players, who wanted to connect with a community. Traditionally, Words With Friends (WWF) has been oriented around a player’s personal, one-to-one relationships, and we had this great opportunity with Clubs to allow our players to play together and work toward common goals in a group setting.

With Clubs, we’re facilitating players’ ability to further strengthen their connections with friends, family, and good opponents in our game. It’s a space where they can build a sense of community around similar interests and playstyles. Based on the Clubs we’ve seen created so far, players are excited to do just that.

The Clubs shares many similarities with guild or alliance systems in other titles. What do you think are the distinguishing qualities of Clubs?

The greatest feature of Clubs is that it is powered by our massive and wonderful community. WWF2 has one of the largest communities of word lovers around, and with Clubs there’s the ability to reach out and form a group with friends, family, and folks you’ve been playing Words with for years or with new people who share a common interest.

From that group, you can chat with each other, instantly find new opponents to play Classic games with, and work together to advance into higher leagues and earn in-game rewards for doing so.

Also, our leagues system and Club vs. Club competition are just the beginning for Clubs. We plan to continue adding fun and exclusive activities for our players in Clubs in the future.

Zynga has extensive experience creating avenues for community interaction, but were there any irregular technical challenges?

As with all new features, we’ve been testing Clubs for a while now and I’m happy to say that things have gone smoothly. Right now, we’re monitoring closely to make sure that it continues to do so!

It helps that we have similar features in games across our Zynga portfolio, so we had good learning and experience going in.

Introducing greater means for communities to engage with each other means having a more proactive approach to safeguarding. Can you discuss how Zynga is enforcing moderation and positive interaction?

We take player safety seriously and want to provide the best possible in-game experience, so we leverage both proactive and reactive methods to protect our players. In addition to the protection provided by our technology tools and our team, each Club has its own ability to self-moderate by removing and reporting any players who cause issues.

We take player safety seriously and want to provide the best possible in-game experience, so we leverage both proactive and reactive methods to protect our players

We are closely monitoring player response to Clubs, and if needed, we will be quick to iterate in order to make Clubs a great social experience for our players.

It is very early days yet, but how many Clubs have been created since the launch of the service, and what percentage of WWF players are engaging with them?

Because Clubs has just launched, we don’t have solid data yet – but the early feedback is enthusiastic. We’re super excited to watch our players interact with this feature that’s been a big focus for the team this year.

We also recognise that this may be the first time some of our players have interacted with a club, clan, or guild system, so we are working to educate players on the gameplay and social benefits of being in a Club.

Clubs bring with it a new in-game currency, the Club Coin. What processes did Zynga go through before reaching the decision to implementing them?

The reason we created Club Coins was to reward and incentivise Club members for working together. We have a bunch of different types of players in WWF2, and we wanted Clubs to have something for everyone.

Club Coins give players the flexibility to choose rewards from the Club Store that matter to them personally in their day-to-day play. Also, as we add more Club activities that reward Club Coins in the future, we can continue to add more cool rewards in the Club Store.

We’re looking forward to hearing players’ feedback on Club Coins, the Club Store, and how they feel about this new way to earn rewards in Words With Friends.

Are there any plans to make the Club Coins purchasable with IAPs?

Many of the rewards in the Club Store are meant to be earned, so we believe it’s important to not make Club Coins directly purchasable at this time.

Is there any compatibility with external social apps, such as TikTok?

Clubs exist solely inside WWF2. That’s intentional as we want to expand our internal social universe for players to give them more ways to interact with one another while in-game.

That’s not to say, should our player base was really interested to interface with another platform, that we wouldn’t consider it

That’s not to say, should our player base was really interested to interface with another platform, that we wouldn’t consider it, but everything is staying inside WWF2 for now.

Did the WWF team collaborate with other Zynga teams in designing and creating the Clubs feature, and what lessons will you take from the experience into other titles?

Yes, we collaborated with other game teams and our central service teams to collect learnings and tips from other teams. Also, some of the folks on our clubs team worked on club features in other titles like Farmville: Tropic Escape, so we took in those data points as well.

Our central teams have done a lot of great research around clubs for all of the Zynga titles, and eventually they will take our learnings into their collection.

Currently, the launch is a little too fresh to have solidified our lessons, but we will definitely be keeping the rest of Zynga in the know on our key takeaways, especially since we’re incorporating Clubs into such a seasoned game like Words With Friends.