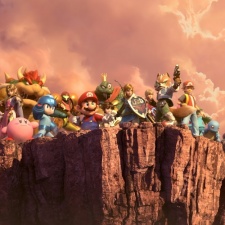 Six of the top 10 best-selling games for the month of August were attributed to the Nintendo Switch. The remaining were picked up by PlayStation 4 with two games in the top 10, while the Xbox One and PC achieved one apiece.

Super Smash Bros. Ultimate claimed the number one spot for the month, with the latest data confirming that the crossover fighting title has surpassed 14.73 million units sold worldwide.

Mario Kart 8 Deluxe boosted to fourth spot before The Legend of Zelda: Breath of the Wild and Super Mario Maker 2 followed at fifth and sixth respectively.

Fire Emblem: Three Houses, which launched at the end of July, battled its way to eighth position before the yet to be released The Legend of Zelda: Link’s Awakening grabbed ninth spot.

Thinknum confirmed to PocketGamer.biz that the data for Amazon relates to global sales and not just the US.

The data is even more interesting when you consider the two companies’ history. Previously, Amazon requested an improved deal from Nintendo to sell 3DS hardware on the site, however Nintendo declined, which led to the online giant refusing to sell the handheld.

This then culminated with Nintendo refusing to sell any stock to Amazon for a duration of time. Now the dispute is settled, both companies appear to be reaping the rewards with the Nintendo Switch continuing to sell strong - recently passing 36.87 million units sold.