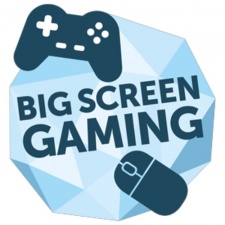 With three weeks to go until Pocket Gamer Connects Helsinki which is taking place from October 1st rill the 2nd.

It is making a triumphant return to the heartland of mobile gaming for its sixth edition in Finland. Pocket Gamer Connects Helsinki remains the country’s biggest B2B conference and expo for the games industry. With the show even bigger and better this year, we’ve moved to a new venue; The Cable Factory.

We’re expecting more than 1,500 games professionals to attend to hear from 200 expert speakers as they share their insights across 16 tracks. With over 80 hours of cutting-edge content ranging from LiveOps and dev tools to influencers and hypercasual.

Plus the great fringe activities such as Indie Pitches, SpeedMatch, the Global Connects Party and much more.

Every day, we'll take a look at each of the 16 conference tracks in turn. Today is Big Screen Gaming, a new track exploring opportunities in PC and Console development, in association with Games Helsinki.

10:20 - Kicking off the day is keynote speaker Taewon Yun from Super Evil Megacorp on the frontline view of challenges of game industry transformation

10:40 - Next, learn how to keep a team motivated when working in the same genre for years on end with Colossal Order’s CEO Mariina Hallikainen.

12:00 - Kickstarter’s Michael Liebe hosts a session explaining how the games category on Kickstarter has continued to grow, it features learnings, tips and tricks for game developers.

12:20 - Sit down for a panel discussion on the state of PC and Console publishing with Andreea Chifu of Raw Fury Games, Fun Punch Games’ Ricardo Flores Jussi Autio from Resistance Games.

14:00 - Flying Sheep Studios’ Casilda De Zulueta hosts a session on the future of HTML5 games, the discussion will include comparisons with other technologies, explaining how mainstream engines fall short.

14:20 - After lunch, Housemarque’s Harry Krueger reflects on the unique development of Nex Machina, looking at the company’s creative philosophy that led it its most critically acclaimed title.

14:40 - Next, Juha Vainio holds a session on the challenges a team faces when developing a triple-A title. Vainio will speak from experience, revealing some of the challenges he has met as a game producer.

15:00 - Narrative designer Brooke Maggs from Remedy Entertainment talks the narrative design for the Apple Award-winning title The Gardens Between.

15:40 - Interested vertex-based MMO Starbase? Then you don’t want to miss a session with Frozenbyte’s Anna Narinen. She discusses how expanding a core feature during development drastically changed the gameplay.

16:00 - Robot Cache’s Philippe Erwin holds a session on PC Distribution. Explaining the ownership of a game is better than streaming, for not just game owners but for the developers too, the blockchain offers motivation to gamers through being able to resell titles.

16:20 - Curious about the next generation of consoles? Well, you won’t want to miss CastAR developer Consultant Bill Rehbock’s thoughts on the subject.

These are the sessions from just one of the 16 tracks for Helsinki this year.

Check out the full schedule to see the full range of impressive speakers attending. We’ll be posting more track rundowns and speaker spotlights as we get closer to the event.

Like what you see? Well, there is still time to register for Pocket Gamer Connects Helsinki here.