Now available on iOS and Android 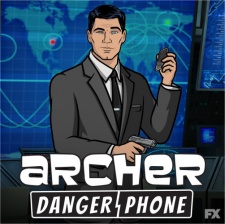 Archer: Danger Phone is the first game based on the FX programme and is launching worldwide.

The game puts players in charge of their own spy-agencies in a narrative-driven way.

You're tasked with making money through successful missions, as successful as a spy in Archer can be.

Fans of the series will relive classic moments, as well as experience new storylines penned originally for the game.

Boss battles feature, as does the ability to blow up other agency headquarters.

Danger Phone is available on both iOS and Android devices.

The Boston-based developer is known for its titles based upon other hit TV shows - Star Trek, Game of Thrones and The Walking Dead.