Edvard Groundstroem will head up the studio as CEO 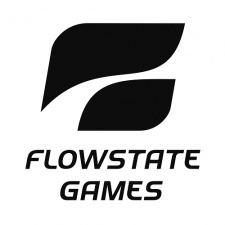 Edvard Groundstroem will head up the firm as chief executive officer, after spending nearly seven years at Rovio as marketing director and a further year at Dodreams as head of marketing.

The studio will look to take on the casual arcade genre, with further Rovio veterans that worked on the hugely successful Angry Birds 2, as well as the original creator of gladiator car fighting title Drive Ahead, which went on to accumulate 100 million downloads.

Flowstate Games’ first studio title is already in development and is set for release sometime in 2020.

"As we set out to reimagine the arcade experience in what we’re calling 'Deep Arcade', we’ll be focusing particularly on making the social aspects of mobile gaming more meaningful," said Flowstate Games CEO and co-founder Edvard Groundstroem.

"Whether it's simply an epic moment on social media, or sitting with your BFF and playing on the same device, we want to create a new breed of super approachable, infinitely replayable, and undeniably social games."

Play Ventures founding partner Harri Manninen added: "Arcade games are an evergreen genre due for social innovation. We can't wait to see how Flowstate Games will push 'Deep Arcade' to make the genre even more communal and interactive. We’re proud to back them from the very first stage."

Previously, we spoke to Dodreams CEO Erik Pöntiskoski on why Drive Ahead is showing no signs of slowing down.

Rovio, on the other hand, recently soft-launched a new free-to-play sports title starring the Angry Birds in the US and Mexico.