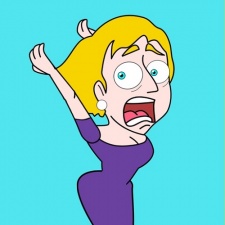 Lion Studios' Save The Girl was the most downloaded mobile game globally for the month of April 2020.

According to Sensor Tower data, the casual puzzler generated over 50 million installs, with the US making up 11.5 per cent of that number and Brazil representing close to 8.3 per cent.

Gardenscapes placed second for April with 37.7 million downloads, while also helping to push Playrix's lifetime installs across its entire portfolio to 1.1 billion. India claimed the highest number of downloads for the game at 22.7 per cent, followed by the US settling for second at 6.2 per cent.

Hypercasual games experienced a slight drop in April, potentially down to the Covid-19 pandemic, as the remaining five titles were made up of Subway Surfers, Brain Test, Brain Out, Go Knots 3D, and Fishdom.

Playrix claimed the accolade of being the only developer to have two games within the top 10 most downloads for the month, thanks to Gardenscapes and Fishdom.

Interestingly, for the month of March, Lion King's Slap Kings accumulated the highest number of downloads but in April has fallen out of the 10 altogether.