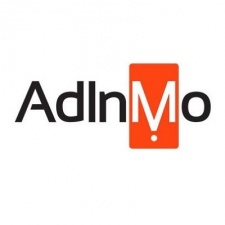 In-game advertisement platform AdInMO has secured a $500,000 investment that will be used to help scale up the technology's capabilities.

Funding for the round was led by Techstart Ventures, a Scotland and Northern Island seed investor who previously contributed towards live ops and game services provider ChilliConnect.

Alongside scaling the platform, funding will go towards growing the core team. This has already begun with the appointment of former DeltaDNA co-founder Chris Wright as the company's chief technology officer.

"Advertisers can only run direct response campaigns, developers only get paid if a player clicks an ad and leaves their game, and players have to put up with constant disruptions."

"AdInMo's dynamic in-game ad platform solves all of this, by seamlessly integrating non-intrusive ads into gameplay which are impossible to skip, block or ignore, and as a result, AdInMo ad units deliver four times higher brand recall compared with video ads. Put simply: AdInMo delivers advertising that reaches the unreachables."

Motility Ads vice president of business development Josh Rinsky recently spoke about 'Why you need to be thinking about TV ads for your mobile game'.

Prior to this, Riot Games raised $10 million for its Social Impact Fund to help support 50 non-profits organisations across 15 countries.