Three days of exclusive mobile game news was shared with 37 million people on social media, paving the way for a second online event in November 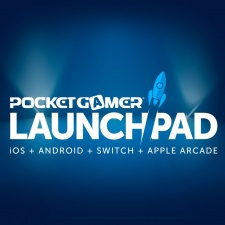 Last week mobile gamers were treated to a showcase launch event, of the type previously reserved for console and PCs players at events like E3. Pocket Gamer LaunchPad is a new consumer experience, which had its debut last week across our sibling b2c sites with wide games industry support.

The event was shared to a mind-blowing potential audience of over 38,500,000 on social media, thanks to the reach of the Pocket Gamer brand, the event's partners (including headline supporters Tencent, Super Evil Megacorp. Oasis Games, Gameloft and Bandai Namco) and parent-company Enthusiast Gaming network (including Destructoid, The Escapist, Silconera and Nintendo Enthusiast).

The live stream component on the event, which ran on Twitch for two hours every day from Thursday to Sunday, was viewed by three million people (with the highest concurrent viewers being a fantastic 17.5k people). These are numbers usually reserved for top mainstream gaming activities, so the team were justifiably proud, and excited for the future potential of the event.

The event was designed to showcase the newest releases in the mobile gaming world, shining a spotlight on the hottest games for iOS, Android and Switch in a way that the industry usually reserves for PlayStation or Xbox reveals.

LaunchPad demonstrated the growing significance of mobile gaming, and the love for long-running site Pocket Gamer. Exclusive news from the event was widely shared around the internet, including with Pocket Gamer’s own 261,000 dedicated social media followers. The written game news on the site received over 100,000 views.

Dann Sullivan, the editor of PocketGamer.com and mastermind of LaunchPad, commented: "The whole team at Steel Media united behind the idea of Pocket Gamer LaunchPad to deliver the world’s first-ever player-focused digital mobile games show. There were 66 exclusive announcements covering 53 games - and we wrapped up each of the three days with a livestream that included even more never-before-seen information. I'm sure everybody will agree it was a phenomenal achievement, and one that we are all endlessly proud of."

Preparing for round two!

"I'm always amazed at the ingenuity, creativity, and downright weirdness of the mobile gaming space,” added video editor and host of the LaunchPad livestream, James Gilmour. “Events like this make it possible to put the small bedroom indies on a pedestal alongside the huge studio multiplayer juggernauts, which gives me a real buzz. We exceeded our expectation in terms of views, and the enthusiasm for the Catalyst Black reveal trailer was nuts. It just shows how much of an appetite there is for these mobile experiences. I'm already looking for new games to reveal and champion during the next LaunchPad event!"

The LaunchPad section of PocketGamer.com will remain live for the foreseeable future, so gamers can continue to check out the exclusive stories, features and videos. The three livestreams are now available to view as videos on YouTube too.

The team has already begun planning the next one: look out for LaunchPad #2 in November 2020. If you are planning games releases that you’d like to share during the next LaunchPad event, either on the site or on our Twitch stream, please contact Pocket Gamer's Andreea Ghiurca.