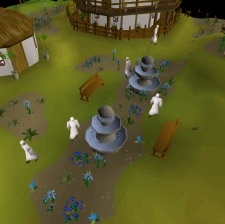 That's according to lead content developer Kieren "Mod Kieren" Charles, who called the news that the game had 157,445 players on Twitter (below). GamaSutra also reports that another Twitter user showing a peak of 165,072.

This is a record high for the retro-themed MMO and comes in the Leagues II: Trailblazer event, which sees players using Ironman accounts – which comes with a bunch of extra, intense rules like not being able to trade items – locked into one region of the game.

Old School RuneScape launched in February 2013 and is a version of the long-running MMO that is based on the game as it was in 2007.

Well there it is, new record high for @OldSchoolRS, the response to Leagues II: TrailBlazer has been nothing short of incredible. pic.twitter.com/lzLU0Duo2M

RuneScape firm Jagex on eye out for mobile games acquisitions