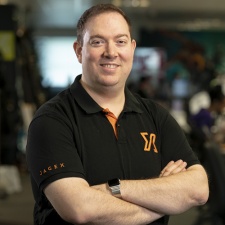 RuneScape maker Jagex reports that it saw its revenue climb 9.3 per cent year-on-year for 2018.

During 2018, Jagex says it made over 100 hires and increased its R&D budget by a nice 69 per cent year-on-year. No doubt this is tied to the company trying to spread itself beyond just RuneScape - at least the current versions of its flagship game as well as bringing the MMO and its Old School variant to mobile. RuneScape monthly active users also doubled during 2018 - not bad.

"The successful release of Old School RuneScape on mobile is a major step in our company transformation plan; expanding our expertise to mobile, becoming a pioneer in cross-platform play, and increasing the reach of the RuneScape IP. 2018 also showcased our approach to ‘living games’ – sustaining deep long-term engagement by working closely with our player communities.”