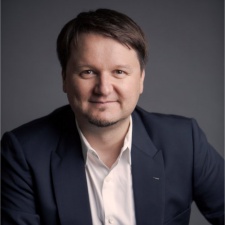 As reported by Journal De Montréal, the firm is going to be focused on quality assurance, localisation and engineering initially, though it will be expanding its capabilities over time. Because of the COVID-19 coronavirus, the Montréal outpost is going to be working remotely.

Amber Montréal is being headed up by general manager Gwen Heliou, who has previously worked at Ubisoft Montréal between 2002 and 2010, before moving to fellow Guillemot-owned firm Gameloft, where he held a studio manager position. In 2015, he moved back to Ubisoft – this time to its Halifax outfit – where he was studio manager until February 2019.

“Amber has grown rapidly with an international team in Europe and North America, and we wanted to continue our global expansion in Canada with a multidisciplinary game design studio,” said Amber boss Mihai Pohontu (pictured), via as Google Translated from Quebecois French.

“Montreal is an ideal place, because it is one of the most cosmopolitan cities in North America, with a rich mix of cultures from around the world."

This is the second office that Amber has opened in 2020, coming in the wake of its setting up shop in Mexico in February.