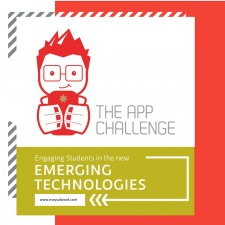 On Friday November 13th, the winners of this year's App Challenge were announced at Pocket Gamer Connects Digital #4. This was part of the event's focus on the MENA region during the Game Development 101 activity in association with the King Abdullah II Fund for Development (KAFD) and the Jordan Gaming Lab.

About The App Challenge

In 2011, The App Challenge kicked off as a royal initiative directly from His Majesty, King Abdullah II of Jordan. The App Challenge is a student-centered competition that invites young Jordanians aged 14-16 to explore and engage in new emerging technologies.

Managed and supervised by the King Abdullah II Fund for Development, Maysalward is honoured to lead as an executive partner in the technical and skills development of students since the first app challenge cycle.

Students are taught about games design principles and storytelling, including a 5-day crash course of training, after which they then have two months to create a game to a set theme. The winners are decided by a panel of judges and announced live to His Majesty King of Jordan. The overall winners go back to their schools with a budget of $5,000 to build a Mini Lab.

"This is the future. Not only we have 14-16 years boys and girls managing to develop mobile games with no previous experience, but also because they accepted the challenge we are facing today with pandemic where they had to learn and pitch remotely with limited technical resources available within their environments", says Nour Khrais from Maysalward the Technical Partner and Lead trainer for TAC since its inception.

The last online Connects event of the year was our biggest yet!

Pocket Gamer Connects Digital #4 starts in less than an hour!