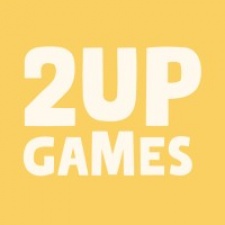 The developer has one aim, and that is to bring mobile gamers together through the power of co-operative play. Joe Raeburn and Tim Knauf co-founded 2UP Games.

However, 2UP Games acknowledges that it will be quite the task to create a "forever game" for all players, regardless of age and skill level. But, they are up to the task and look forward to the challenge.

COVID-19 has wreaked havoc on the world this year. The pandemic has forced people to stay indoors, which has prompted many to turn to games as a means of entertainment, particularly on mobile.

Currently, 2UP Games are looking for a senior artist and will be after a UI designer and Unity developer in 2021.

"It's a privilege to be supporting 2UP Games on their mission to bring players across the world together around co-op gaming. We couldn't imagine anyone better suited for the task than people as experienced as Joe and Tim," said Supercell developer relations lead Jaakko Harlas.

"Everything we've done at Supercell has shown that the ability to cooperate in games excites and engages players like nothing else, and is a key ingredient to building games for the ages.

"With 2UP Games, we're also excited about our first investment in New Zealand, both for the creative hub that it is, and as testament to how games and game development are a force for unity – regardless of physical distance."

It isn't the first time Supercell has supported a developer this year. Back in September, the Clash of Clans creator gave Helsinki-based studio Metacore $29.6 million in funding.

Supercell grants over $280,000 to Aalto University School of Arts, Design and Architecture