Sequel will arrive 22 years after the original N64 release 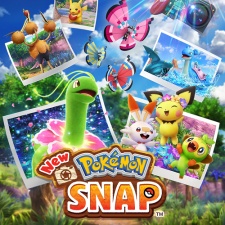 The Pokémon Company has revealed that New Pokémon Snap will launch for Nintendo Switch on April 30th, 2020.

Players will visit the isles of the Lental region, an "untouched natural marvel" filled with dense jungles, vast deserts as well as other terrains to explore. Partnering with Lental region expert Professor Mirror and his assistant Rita, you will conduct an ecological survey to photograph Pokémon habitats in nature.

Pokémon will be hidden across the archipelago, whether that be lurking in caves, diving underwater or flying in the sky. By utilising a Flufffruit, Pokemon can be drawn out of their hiding spots or can be used to set off certain scenarios.

By shooting the best Pokémon photographs, Professor Mirror will then evaluate and score the images based on how big they appear, how directly they’re facing the camera and where they fall in the frame. This will all go towards completing a Photodex.

The original Pokémon Snap was released for the N64 in 1999, with the spinoff slowly building up a cult following throughout the years. With social media not existing during this time, it will be fascinating to see how much of a part it plays with interest in the game.

"New Pokémon Snap presents a fun twist on a Pokémon adventure, with enchanting gameplay that lets players see some of their favourite Pokémon in a different light," said Nintendo of America senior vice president of sales and marketing Nick Chavez.

"This new game is a fun addition to the strong lineup of Pokémon titles available on Nintendo Switch, and we can’t wait to see everyone’s pictures when New Pokémon Snap launches on April 30th, 2020".

A special glow will surround certain Pokémon and vegetation in the region, known as the Illumina Phenomenon. Players will be tasked with uncovering the mystery via the help of the NEO-ONE, the auto-driving vehicle shown in the trailer.

New Pokémon Snap can be pre-ordered from the Nintendo eShop beginning today from $59.99.

New Pokémon Snap was first announced during a digital event in June last year, where the first details of the game were shown off as well as Pokémon Cafe Mix and Pokémon Smile.

Furthermore, as part of Pokémon's 25th anniversary, pop star Katy Perry has been confirmed to be joining in with the celebrations by collaborating with The Pokémon Company on a currently unknown project - most likely music related.