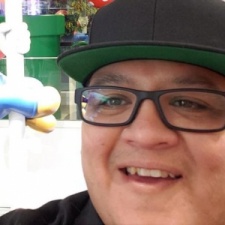 To succeed in the mobile games space, a developer needs to understand the motivation of a player.

"There are no rules, just tools," said Soto.

There are seven lenses to player motivation, the first of which is the audience.

"I think the future of audience demographics is going to rely more on personality," said Soto.

For Lens one, it is important to consider openness, conscientiousness, extroversion, agreeableness and neuroticism. Essentially, do they like novelty, tradition, to go deep or stay on the surface.

Moreover, do they like to play in a team or solo and do they prefer adventure over analysis.

Lens two is empathy, "emotional pillars." For example, what is the emotional theme of the game, and when should players feel the associated emotions. Moreover, how should the player feel when they lose, win and progress.

Finally, what exactly should the players feel upon completion of the game.

The next lens is reward. People like to feel rewarded, players, want a feeling of belonging and to feel included.

Furthermore, people have core survival needs. Therefore they like the feel of security such as money, food and information; this is where loot boxes can come into play. Finally, players will also seek personal gratification. They want a sense of accomplishment.

Up next, lens four is UX models. For example, should players be after an action game, they are likely to be seeking destruction, while those interested in mastery would be after a challenge.

Other UX models to consider include immersion, creativity, social and achievement. The latter of which involves players that want to upgrade their character, "they want to feel powerful."

Lens No.5 is evolution. Essentially, it is the stages of playing a game; early on, players will feel the excitement. However, a few days in, they will want to discover and explore. This is particularly true when it comes to fighting games.

Further down the line, those that play fighting games will be after competition and will continue to practice and hone their skills before moving on to a new character.

Next, lens six is an internal hero's journey. In essence, there is a hero that has a problem. At the start of the adventure, they will meet a guide and be given a goal to achieve. Then, it is time to take action.

The final lens is engagement and retention - does a player feel in control, do they feel accomplished and do they feel connected to something bigger than themselves.