Panel on 'The Influence of Comics, Films and Music on Games' 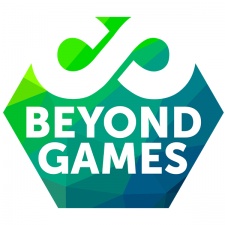 Storytelling is key to developing any IP across all mediums, be that games, film TV or general entertainment.

This was the general consensus laid out during a panel on 'The Influence of Comics, Films and Music on Games' at PGC Digital #6 hosted by Steel Media COO Dave Bradley.

"It all starts with storytelling and a deep, deep, deep development of the characters and their backgrounds," said McKenzie, when speaking on the transition of games to the big screen.

"You see that with whether it's a film script or a game or a podcast or any medium, the ones that do well and have real value and legs to go into other properties… are ones that have that development and asset building behind it"

Big upcoming examples of movie adaptations include Mortal Kombat and the Uncharted series, of which the group highlighted that fans will be looking at every detail across the two-hour film as players have spent dozens of hours with these characters.

"If that narrative and authenticity is there, a lot will be forgiven," Kissack explained on why fans can tell if a studio is passionate and actually cares about the product.

Speaking on what the future of digital entertainment will look like in 10 years time, the panel largely agreed that mediums will continue to blend together and the lines will be blurred.

"Everything will get more and more blurred in terms of where and how people are consuming content and entertainment," said McKenzie

"What that product actually is - is that a game, a film, a show, a comic or a mix of everything"

Kissack added that: "I think we will be in a position in 10 years time where I'm going to be consuming content, whether it's a film or an animation, and at any point during that experience I'm going to be able to pick up a controller, play those characters and take the story in a different direction,"

"I'll then be able to put that down and share it with friends or families and they'll be able to continue or experience that journey.

Unsurprising Epic Games was highlighted on throughout the talk as being able to introduce different worlds together in Fortnite.

One of the biggest examples of this and the use of the metaverse was when the trailer for Star Wars: The Rise of Skywalker debuted in the battle royale title.