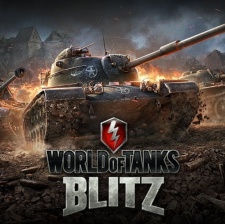 World of Tank Blitz has surpassed more than 1.5 million installs on Nintendo Switch.

The figure was confirmed by MS-1 Studio (Wargaming) publishing product director Natallia Pershyts at PGC Digital #6, where she was speaking on bringing a free-to-play mobile game over to the Nintendo system.

Players in the US accounted for the largest portion of players at 345,000, or 23 per cent of the total.

Mexico then rounded out the top five at 60,000, or four per cent of the overall number.

Due to the pandemic, the global announcement for World of Tanks Blitz' arrival on Switch was moved from June to August 26th, 2020.

By working with the Japanese console maker, the MMO strategy title received 70 million impressions, 13 million video views and coverage from more than 300 publications after being featured in a Nintendo Direct.

In the Q&A portion of the session, it was confirmed by Pershyts that exclusive in-game content would arrive for players of World of Tank Blitz on Switch in the future.

"The real work starts after release," she said.

"We already have a couple of thoughts and opportunities that we are trying to expand and Nintendo is very supportive."

World of Tank Blitz is free-to-play and available to download across iOS, Android, Switch and PC.

Last year, World of Tanks Blitz celebrated its sixth anniversary by hitting 137 million downloads across all platforms, however it's worth noting this was before the game was ported to Switch.