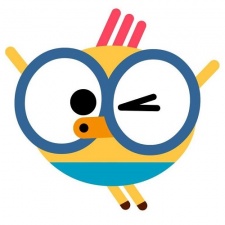 As reported by VentureBeat, the San Francisco-based company (with developers in Madrid, Spain) will look to use the capital to grow its international presence, as well as expand its science, technology, engineering and math (STEM) output to audiences.

Next to this, the funding will be used to create new audio content via audiobooks that focus on mental health, mindfulness and meditation. An additional 60 workers will be hired over the coming months too, raising the overall team to around 100 employees.

Founded in 2015, LingoKids is a learning app aimed at children between the ages of two to eight, looking to teach them new languages and skills through play.

"I was just coming out from an exit, and my sister asked me to help my niece learn English," Lingokids CEO and founder Cristóbal Viedma told VentureBeat when explaining the idea behind the app.

"I was something of a 'gamer' with a computer science background. I had always wanted to do games at some point in my life. So I started building some games for my two-year-old niece."

Viedma added that: "The long-term vision of the company is building this iconic brand for early childhood education. Some experiences are multiplayer, as we think learning can be a social experience."

LingoKids claims to reach 30 million families globally, with the official LingoKids YouTube channel boasting 939,000 subscribers (at the time of writing).

Not to mention, Estonian mobile developer Clickwork Games raised $1.2 million that will go towards the studio's efforts to "rejuvenate" the idle genre.