Combined company is now worth over $5 billion 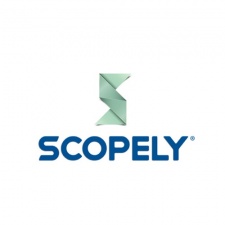 The price will be split 50:50 between cash and preferred equity, which will see Sony Pictures becoming a minority investor in Scopely.

GSN is best known for its social casino mobile and web games such as Solitaire TriPeaks and Bingo Bash; the latter of which has been downloaded more than 70 million times.

The company has around 400 staff globally. Its CEO Mark Feldman will continue to oversee GSN's operations.

As a combined company, the deal is thought to now value Scopely at more than $5 billion.

"The GSN Games organization is an exceptional team, and we are excited to see what more we can accomplish together," commented Scopely's chief revenue officer Tim O'Brien.

"We hope to take what is already a strong business and accelerate it through our publishing and technology infrastructure, unlocking even more value."

"Over the past four years, and in the teeth of a global pandemic, GSN Games has undertaken huge tech and product improvements to deliver on our commitment to providing our players with phenomenal game experiences," added Mark Feldman.

"I am delighted that GSN Games will now be part of Scopely’s dynamic global mobile games business.”

In recent years, Scopely has expanded through M&A activity, buying Marvel Strike Force from Disney and growing the title 70 per cent year-on-year. It also raised $340 million in Series E round in October 2020.