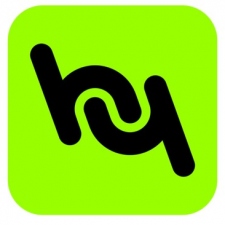 Badland developer Frogmind has rebranded as HypeHype, a new platform for user-generated games.

HypeHype offers essential features and tools for taking creation time to provide a seamless transition "from months of complex PC development to just hours of visual editing on the go".

The rebrand from Frogmind to HypeHype is "to reflect its new vision" as a user-generated content platform.

HypeHype’s new editor is optimised for touchscreens, with creators able to focus purely on making games and experiences within their mobile devices.

The platform will support real-time collaborative editing by multiple creators who are able to "remix" any existing game on HypeHype, such as adding new features, levels and new mechanics.

"Creating a hit game requires a team of people with different skills and can take anything from months to years to develop," said HypeHype founder and CEO Johannes Vuorinen.

"We plan to change this with HypeHype, by offering better, easier and faster game-making tools to everyone with a phone."

Games made with HypeHype are playable instantly on the app or in a web browser, and even on other social media apps. In the case of remixed games, HypeHype maintains the full history with transparent creator ownership.

HypeHype COO Teemu Mäki-Patola added: "We believe HypeHype can bring game-making to billions of people and unleash their creativity to create even Triple A games. Creators will be able to learn fast, collaborate together, and eventually earn money from their games."

"We are excited to see the HypeHype team's bold and ambitious vision to revolutionize how games are created and played," said Supercell Investments Lead Jaakko Harlas.

"At Supercell, we are huge believers in the power of UGC and giving creators new and innovative outlets for their creativity.

"Our partnership with Frogmind started back in 2016 and we are thrilled and humbled to have the opportunity to continue supporting them on this new leg in their adventure for years to come."

Since spring 2021, the HypeHype app has been in technical early access in the Philippines and creators have already made more than 132,000 games just by using their phones.

HypeHype available to downloaded on iOS and Android devices here.