Moving from premium to free-to-play 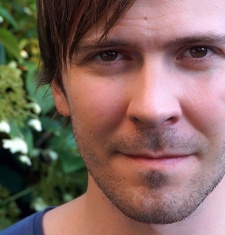 The small studio of 14 staff had previously been focused on developing premium games, but in recent times has found itself exploring the free-to-play business model.

Speaking at RovioCon 2017 in Helsinki, Frogmind Co-Founder Johannes Vuorinen said that as gamers with a console background, they had an angst about developing free-to-play games, but needed to be open to change.

He explained it took the team a couple years to create good prototypes in this model where it could make a great gameplay experience that can be played for years.

The studio is currently working on three games, the same titles it was working on prior to Supercell’s majority acquisition.

Vuorinen said the team no longer has to be stressed about the company’s finances, having previously had no investors and using the money from Badland sales to fund new projects. The stress now comes from the games themselves and being much more ambitious with its goals.

Instead of aiming for a top 100 spot on the app stores, which it would have been content with in the past, it’s now set loftier goals of being number one with its future games.

It has a strong support in Supercell. A company that’s known for being brutal with its own games and lofty goals, Frogmind is able to look to Supercell’s staff for advice, have its prototypes play-tested and get feedback from other experienced developers.

Vuorinen stressed that Frogmind remains fully independent at a development level and does not have any game ideas pushed onto the team.

He said however that the studio has a similar culture to that of Supercell, with teams as small as two people working on a project during the early phases. The Clash Royale studio is known for having various small, independent, creative teams - or 'cells' - working on projects, with a strikingly high bar for success.

Vuorinen was coy on when its first games under the new partnership will be launched. He said they’ll be released when it feels as though the games offer "amazing" experiences, but teased they could potentially be launched as early as this year.