Coping with a maturing market 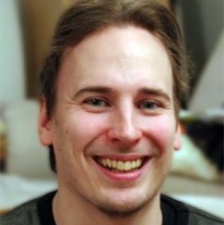 PocketGamer.biz: What has been the biggest challenge for Frogmind as an indie developer since its inception?

Most of us know that recruiting is super important to get right. We have made a few mistakes to learn from. We have made many good choices too. We have really good people now.

But it still took a year for them to really get to know each other's skills and traits well enough to work well together and become super-productive.

Growing from 2 people to 14 is a big change. We thought that we wouldn't be able to keep working the same way and would have to set up different processes for things to function on a larger scale.

It was a journey, but luckily after a year or more of some growing pains, we have found a natural and productive state in having ambitious, very independent teams that organise themselves and are self-directed.

We have found a productive state in having ambitious, very independent teams that organise themselves and are self-directed.

We only oversee and give feedback, but the teams are the ones who decide which feedback to listen to and how to solve problems.

What are the main problems facing indie developers in 2016?

The markets are maturing. This puts some serious squeeze on most indies. It's increasingly hard to succeed on mobile as a small studio.

And there is much more to it than just making a game.

It's the same on Steam, where in 2012 you could still make surviving revenue with an OK indie game.
I have seen many teams take 3 years to make their next game, come out to a very different market in 2016, and be shocked by abysmal sales.

In those four years, the number of new games has multiplied by 10, whereas the total revenue has not grown much.

Although the hits still make great revenue, there's much smaller stake left for the rest due to it being shared by so many.

You really need to do your research, be clever with your choices, make something that stands out, do your marketing and community building well, and still also be lucky.

Should indies be making free-to-play games for mobile, or trying to find success with the premium model, as Frogmind has done?

I have seen the data from many quite OK featured premium launches, and it's tough. And those are the "lucky ones", in the sense that only a small number of premium games gets featured.

The premium is under a lot of pressure. There is so much money thrown into making free games. The users have an endless flood of free high production value games.

Premium is under a lot of pressure.

Then again, making and operating a F2P game that performs is much more complex than making premium games. It might not be the most realistic choice for very small teams with little background in it.

I don't think there is any greatly safe way to go about making mobile games nowadays, or even games in general.

You just need to keep on hustling, keep on learning as much as you can, make clever maneuvers and manage to do marketing, networking and plenty of communication at the same time.

The easy days are long gone.

Bigger businesses, known IPs, plenty of marketing and user acquisition spent and shorter and shorter sales tails make the mobile market a tough place for most.

But there will still be indie successes too.

There will be more player-vs-player games. eSports is a growing factor. All in all, the space keeps on getting more complex and you need to take care of more and more things to be successful.

As for the VR, augmented reality and location-based stuff. Those trends will continue to gain ground. But to me, it feels like they are still a while away from being super-viable markets, aside from phenomena like Pokemon GO.

Lots of awesome people from an awesome industry that is never boring.

I love working on games and I really enjoy talking and exchanging thoughts and experiences with the like-minded others.