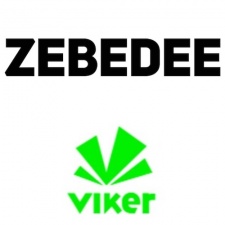 Through the partnership, players will be able to win and withdraw Bitcoin rewards by playing Viker’s supported titles.

Viker’s Zebedee-powered games have gained popularity in emerging economies, such as Brazil, India, and the Philippines, with the firm stating that no technical setup or prior knowledge of Bitcoin is needed.

Currently, Viker has launched three titles which integrate Zebedee’s payment tech on both iOS and Android devices, including Wheel of Trivia, Wheel of Crypto, and Balls King.

By the end of 2021, Viker aims to launch two more "Bitcoin-powered" mobile games, bringing its total to five, with plans to continue launching titles throughout 2022.

Bringing Bitcoin to the masses

"Our goal is to bring blockchain gaming to the masses. If you’ve got a finger and a phone, you can play2earn with Viker games. ZEBEDEE is perfect for that, because it’s a simple and intuitive entry path into the world of crypto,” said Viker co-founder Dan Beasley.

"We also love their focus on Bitcoin, since it’s the most widely accepted and trustworthy cryptocurrency that everyone in the world can use."

Zebedee CEO Simon Cowell added: "Blockchain gaming can be overwhelming for the average person to jump into. We’re bypassing the hard part for gamers and setting them up with everything they need to enter the world of Bitcoin by enjoying their favorite pastime and we’re making games more fun and exciting with rewards that have real value.

"At this part of our journey, Viker is the perfect partner, because they create accessible games that anyone can understand, love and now earn Bitcoin with. We’ve put in a lot of effort to make our tools simple to use and are excited to be working with a studio that understands this intuitive aspect is essential for bringing Bitcoin to the masses."

Zebedee has seen "rapid growth" in the demand for Bitcoin gaming, with 30 per cent month-over-month growth of new users and transactions on its platform in recent months.

Recently, GameAnalytics launched HyperBid, its new mediation platform for developers and publlishers, where publishers can place bids to work with developers on their titles.

Speaker Spotlight: ZEBEDEE's Ben Cousens on the impact of game payments as a native experience